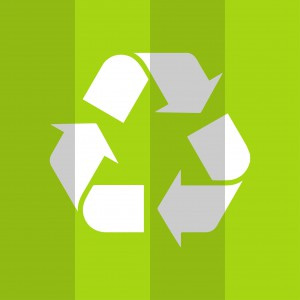 It wasn’t too long ago after the start of the new year (2015) that the three leading institutions for higher education based out of Evansville participated in the annual RecycleMania Tournament. Across the nation, there were more than 390 post-secondary schools that took part in the event. Managed by Keep America Beautiful and sponsored by the Alcoa Foundation, this truly unique event allows students to put their knowledge and talents to the test by creating innovative ways to reduce waste and facilitate recycling.

Once the contest ended, it was discovered that more than 80 million pounds of what-would-have-been-waste was recycled, which resulted in the elimination of more than 129,000 tons of carbon dioxide being released into the air. As part of the prize for the contest, $1,500 was given to the school that came up with one of the best recycling concepts.

One of the more exciting concepts that was presented by the University of Southern Indiana was the reverse recycling  vending machine. The machines were placed in student housing with the ability to measure conservation efforts. As the only university in the Indiana to have a reverse vending machine, the school is extremely proud of its recycling endeavors.

USI ended up finishing second in the state where eight colleges took part in the challenge. Notre Dame ended up beating USI in the per capita challenge, but still yet, USI finished within the top five of all schools participating in the contest. President of USI, Linda L.M. Bennett, stated it was the efforts of faculty, students and other helpful personnel who made the contest a success. Overall, the primary goal of the tournament was achieved, which was to reduce waste and augment recycling.

This was the 15th year in a row that RecycleMania has taken place. It is greatly appreciated that so many schools take part in the contest and it is hoped that more will join next year. Through RecycleMania, thousands of tons of waste are recycled, improving the overall health the environment.