When you hear the term “vending machine,” you probably call to mind images of a traditional food vending machine. They’re great ways to get a quick snack in between classes or shifts at work, but they ultimately amount to little more than that, right?

Wrong. Thanks to the frequency at which technology has continued to advance and the way that vending machine suppliers are leveraging that to their advantage, vending machines are playing a more important role in our lives with each passing day. Case in point: one unique vending machine at the London School of Economics is dispensing on-demand loaner MacBook computers to students in need. 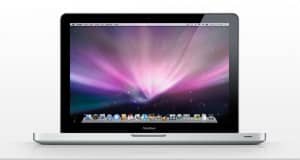 The London School of Economics

Over the last few years alone, the London School of Economics has moved in a decidedly Apple-shaped direction. What once started as a few Macs in various buildings on campus that did not have any type of large support system in place has quickly ballooned into over 1,000 Apple devices spread out among students, faculty and more. Because Apple devices naturally allow for a certain degree of automated provisioning not found in other hardware providers, the School of Economics has found itself in the unique position to innovate and try new things.

Perhaps the most important example of this is the vending machine in the school’s library that dispenses loaner MacBook computers to students. Once dispensed by the vending machine, the MacBooks are automatically set up using the provisioning and enterprise management platform that is built into the Mac OS X operating system. Enrollment settings, configuration profiles and more are deployed remotely, allowing users to pay for a MacBook rental at the vending machine and be immediately served with a machine that is not only set up to be used on the school’s enterprise, but that they themselves can start using right away.

This single vending machine has reduced a process that used to take weeks from the time you ordered a computer to the time it arrived to the moment that it was set up down to less than an hour.

Vending machines like the one at the London School of Economics depend on a high quality network of distributors so that companies can reach their customers in as many locations as possible in the most efficient and cost-effective ways that they can. U-Select-It, for example, is a company that has international vending machine distributor partners all over the world – including in the United Kingdom and elsewhere in Continental Europe.

While the top of vending machine on display at the London School of Economics may be unique, it is also definitely a sign of things to come. Vending machines will quickly become a more important fixture of our daily lives as they become responsible for the distribution of not just the occasional snack or soda, but things like medical supplies, entertainment options and even MacBook computers.