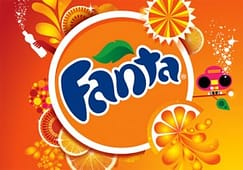 Love your soda vending machine? Here’s some trivia about the origins of some of your favorite soda drinks.

Coca Cola – Coca Cola was first sold way back in 1886 at Jacob’s Pharmacy in Atlanta, Georgia. It was marketed as a medicine because at the time, it was thought that carbonated water was good for your health and could cure ailments ranging from headaches to impotence.

Pepsi – Pepsi arrived on the scene a few years later, in 1898. It was first sold as “Brad’s Drink” in New Bern, North Carolina because a man by the name of Caleb Bradham made the drink at his pharmacy. It was later named Pepsi Cola because it contained the digestive enzyme pepsin.

Fanta – Everyone’s favorite fizzy orange drink is a true baby boomer, arriving in 1942. Interestingly, Fanta came about because the ingredients for Coca Cola were hard to obtain in Germany in the lead up to the war. After inventors used their imagination (“fantasie” in German), a drink was created with ingredients that were available – whey and pomace. And Fanta was born.

Impress your friends and colleagues with some of this soda history trivia next time you’re at your drink vending machines!