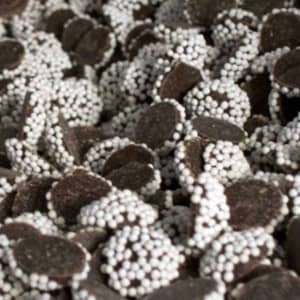 World famous author Stephen King was, for a time, writing a strange and always annoying column for the magazine Entertainment Weekly. In these columns, which ran until last year, King would make broad pronouncements about what the best movies, music, and books were. I have never read a Stephen King book but I read all of these columns even as they made my blood boil. At some point in his observations he made a statement about the best snack to eat while watching a movie. He said Snow Caps with an air of such obnoxious confidence as to make the previously wonderful candy almost inedible to me.

Just look at any snack vending machine in the lobby of your local multiplex, as I do to avoid concession stand lines. There is a wealth and variety of snack foods in America that King was clearly ignoring. There’s Junior Mints, the entire Reese’s candy line, a wide variety of chips and chip like snacks (Bugles, Doodles, Combos, etc.). Basically there is no way that Stephen King knew what the best movie snack food was because his choice is so clearly limiting. Next time you’re at the multiplex take a look at some snack vending machines and remember with me just how wrong that Stephen King was.