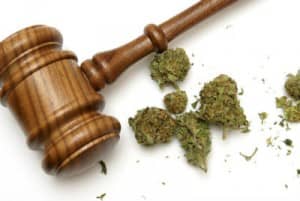 Amendment 64 legalized recreational marijuana vending in Colorado starting January 1, 2014. Since then, the results have been mixed.

Legalization opponents point out stories of marijuana slipping through the state’s borders, causing more stoned drivers in towns just outside the Colorado border. ER doctors say legalization has caused more children and adults to be admitted to the hospital for accidental ingestion of marijuana-laced foods. A story of a Denver man who shot his wife after eating a package of marijuana-infused candy is particularly shocking.

Yet proponents of legalization argue that these are merely anecdotes, that marijuana vending is perfectly safe. In fact, scant hard data exists to prove a legal high has had any grand-scale negative effects. For instance, crime is down by about 10 percent in Denver.

It will take years for more hard facts to add up. In the meantime, marijuana vending is a very successful form of custom vending for getting products into customers’ hands. Contact us if you’re interested in learning more.