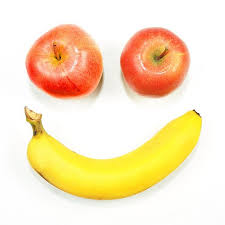 Another day, another story about snack vending machines switching to organic foods.

It is becoming as inevitable as death and taxes, as the sun rising in the east and setting in the west.  Everywhere you turn, there is another story about a school or a business or the lobby of a private airport switching the products available in their snack vending machines as a means of promoting better health.

This past week we found an article by Jennifer Alsever on MSNBC.com that discusses one of the final acts of our current lame-duck Congress; passing a law that sets nutritional standards for foods sold in schools, including those products found in snack vending machines.

From the article itself:

“The Healthy, Hunger-Free Kids Act of 2010 could be a boon for the rapidly growing $26.5 billion organic food industry.

“We’re at the beginning of a major movement in vending,” says Jolly Backer, founder of Fresh Healthy Vending, a San Diego startup that sells organic vending franchises. “It’s out with the junk food and in with the healthy food.”

It is the purpose of this new law to ensure that “sugary sodas and snacks stuffed with trans-fats, high-fructose corn syrup and hydrogenated oils” are replaced by most health-conscious items, such as “organic yogurt and granole bars, gluten-free snacks and fresh fruit.”

The fact that a new law needed to be passed to implement these changes gives off the impression citizens are unhappy with healthy food being jammed down their throats. But a business manager in Illinois, Jeff Car, says that’s not the case.

““It’s the direction a lot of kids want to go,” Carr says. “And it’s our job to provide them with healthy choices.”